This is where the work on 'Formula of Algorithm' was started - later to become 'Software Understanding Machine®' (SUM). 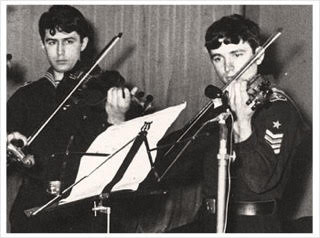 This is when the work on the SUM Analytical Engine started which took much longer to build than fixing the engine of this first car for Roman. 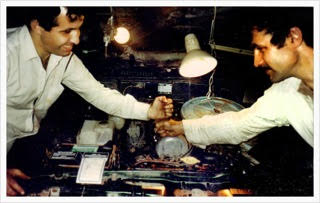 Like some of other great companies, we also started in a garage. 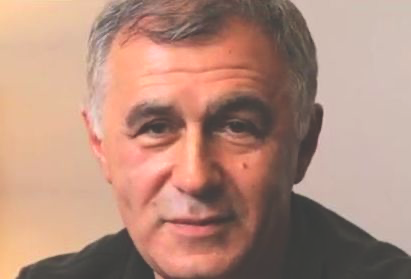 Benjamin Shapiro received his education from the High Naval Military Engineering Institute (During the "Cold War" when the US and Israel were called the biggest enemies of Russia, Ben has chosen a punishment by added service in the coldest place vs. becoming a military Naval officer)  and Electro-Technical University (LETI), both in St. Petersburg, Russia.

Benjamin’s experience in the field accounts for approximately 27 years as a computer software programmer, programming consultant, and a founder of Thinking Software, Inc. Ben is the author of five US patents and a number of international patents. He is a founder of the Software Understanding Machine® (SUM) technology which will soon have a life of its own with perpetually increasing, never exhausted potential.

Benjamin is a member of the Advisory Board, Lifeboat Foundation (https://lifeboat.com/ex/bios.benjamin.shapiro)

Roman has 20 years of experience in the computing field, which includes his experience as a software programmer, VP of Product Engineering, and then CTO at Thinking Software, Inc.

Roman was responsible for the most technologically advanced functional implementations of Software Understanding Machine® (SUM) and Race Catcher.

He has taught at the University of Southern California and the University of California at Berkeley, from which he received a Ph.D. in 1986 and the distinguished alumni award in 2006. He was co-teacher of an Artifical Intelligence class that signed up 160,000 students, helping to kick off the current round of massive open online classes.

His publications include the books Artificial Intelligence: A Modern Approach (the leading textbook in the field), Paradigms of AI Programming: Case Studies in Common Lisp, Verbmobil: A Translation System for Face-to-Face Dialog, and Intelligent Help Systems for UNIX. He is also the author of the Gettysburg Powerpoint Presentation and the world's longest palindromic sentence.

He is a fellow of the AAAI, ACM, California Academy of Science and American Academy of Arts & Sciences.

One of Peter’s quotes (about Google’s mission):

“All of humanity is working for us. We just have to decipher it.”